skip to main | skip to sidebar

America's Next Top Model NOT

Last night was the premier of America's Next Top Model and I just want to go on record saying that "I hate the new show idea!!!"  This season titled "British Invasion," will feature former contestants of "Britain's Next Top Model" competing against new American girls hoping to get their modeling breakthrough.  Well I see two major issues with this.  One, the show is called "AMERICA'S Next Top Model," so why are British women competing?  Two, the competition doesn't match-up equally.  You have a set of women who've already appeared on an exact version of this show (just in another country) competing with women who've only modeled in front of their bathroom mirror.  Now is that a competition?!?!?  Well Tyra, you could have did the talls vs. shorts, thin vs. plump, blondes vs. brunettes.  Anything but Brits vs. Americans on a show that starts with the word "America's."  I'm still deciding if I'll be watching this season...go figure! 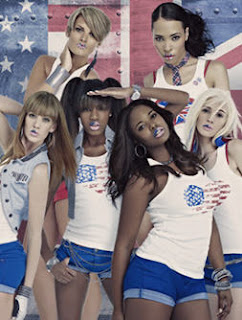